As I attended my first World Wildlife Day Film Showcase at The Explorers Club in New York City, I felt a glowing sense of pride that the focus is finally on our living oceans. The theme of this year’s World Wildlife Day is“Life below water: for people and planet.” 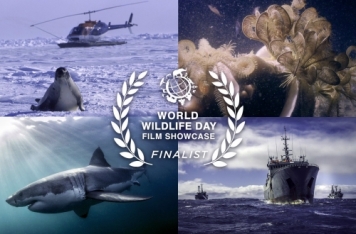 The film showcase brings together emerging and resident ocean filmmakers, as well as outspoken allies of our oceans. Out of the 235 films submitted, 20 films were selected for final consideration. 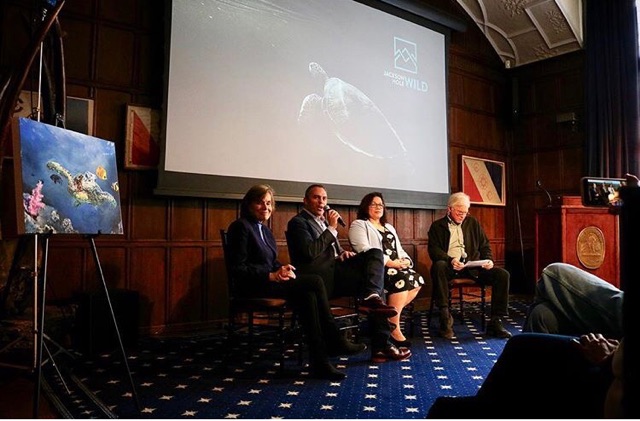 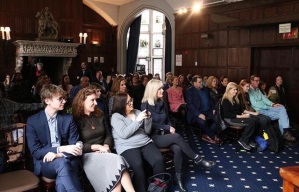 Captive audience at The Explorer’s Club 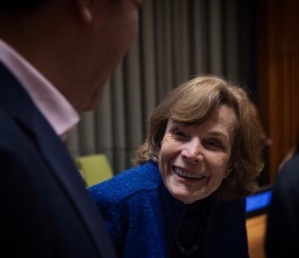 The screening and panel held at The Explorer’s Club is moderated by David E. Shaw, co-founder of the Aspen High Seas Initiative. A long time champion of our National Parks, Shaw stresses the importance of conserving our parks and oceans for future generations. This echo of hope was mirrored by Ivonne Higuero, CITES Secretary-General, who underscored the importance of media in conservation and stewardship of our oceans.

“The delegates of the UN, along with the countries they represent, now have access to many different forms of knowledge (films and documentaries) about the environment, and they are reaching out of the same circles they usually swim in to learn more and educate themselves.”

Building on Ivonne’s points, is Paul Baribault, Vice President of Disneynature and Walt Disney Studios Marketing Operations and Strategy. As a staunch advocate for our oceans, Baribault cited that in today’s media marketplace there are so many different mediums through which we can now showcase the beauty and importance of our oceans. 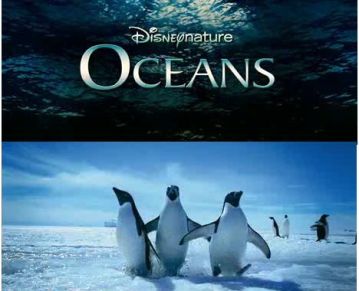 “At Disneynature we are always looking for different ways to engage audiences, and when we look at our oceans we ask ourselves, how can we educate people, spread knowledge and ultimately get people to care about the environment?”

In many ways World Wildlife Day celebrates the intrinsic value of wildlife and its contributions to ecological, genetic, cultural, economic, educational, recreational and human well-being. In this room, there is a sense of optimism, tenacity, and hope for the future for our oceans. Masha Kalinina, an Officer with Pew Charitable Trusts, posed the question to the panel: What have been some of your most uplifting stories of ocean optimism you have encountered this year?

“This is the most amazing time to be alive. There are 7 billion brains being connected like never before, who are learning how important the oceans are to our survival. We have also made strides in the past few decades. When I look back 20 years ago, seeing shark populations reduced to nearly 10 percent, it showed me that we have the power to kill, but what we should have is the power to care.”

The global shark fin trade was mostly unregulated until 2013. In 2019, there are now 20 commercially valuable shark and ray species protected from illegal trade through CITES, according to Pew Charitable Trusts.