As a wildlife filmmaker, Inka Cresswell has witnessed some pretty incredible sights in the natural world. Behind her Lumix GH4 she has filmed great white sharks patrolling the waters off Guadalupe Island, flown with oceanic manta rays in the Revillagigedo Islands, danced with spotted dolphins in the shallow seas of the Bahamas, and documented the vibrant reefs of the Coral Triangle. If people only knew the beauty and wonder of the world’s marine habitats, Cresswell believes they would want to protect them. 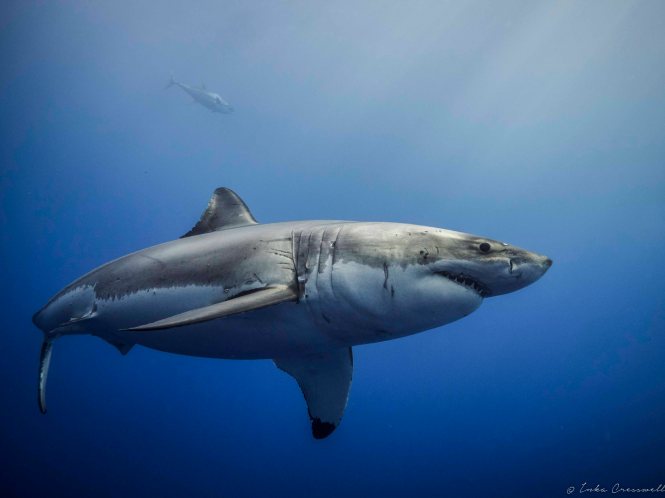 At 25, Inka is documenting the state of the world’s oceans to inspire others to safeguard them for future generations. At the heart of her mission is the belief: “In the end we will conserve only what we love; we will love only what we understand; and we will understand only what we are taught.” So how do you teach the world to love and protect oceans?

“Photography and film are incredible tools for sharing information in a visual and emotive way, and can have incredible power when it comes to inspiring conservation action,” Cresswell said. “Take the ‘Blue Planet Effect’ that occurred after Blue Planet 2 was released and reached over 38 million people. As a result of this series we have seen a change in policy surrounding single-use plastics, and companies making moves to become more sustainable.”

To Inka, the ‘Blue Planet Effect’ is more important than a lot of government legislation because it is based in the community. If you are able to change people’s minds at a consumer level for ocean pollutants like plastics, you have a much better chance of tackling larger conservation issues, she explained. 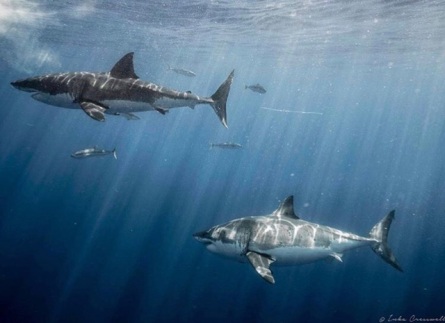 With ambitious goals set for the future, Cresswell is honing her skills in the wildlife filmmaking Masters program at the University of the West of England, Bristol. Run in partnership with the BBC Natural History Unit, Cresswell has had the opportunity to receive mentorship from some of the most influential figures in the wildlife filmmaking industry. Her advice to others interested in pursuing a career in ocean conservation is to never give up.

“There are so many routes into this industry and there is no right or wrong way you just need to take every opportunity handed to you and make the absolute most out of every moment. I do not believe conservation efforts should be limited to just marine research, I think we can all do something, and the best way to help conserve our oceans is to find out what your natural talents are, and apply them to the best of your ability.”

In order to document some of the most remote and beautiful marine habitats in the world, there is also an element of risk. Cresswell has been at the mercy of mother nature when working in Indonesia’s Coral Triangle. The area is prone to earthquakes due to the meeting of major tectonic plates in the region. While diving in the Gili Islands, Inka was caught in the after-effects of a 7.0 magnitude earthquake.

“In just a few minutes around 70 percent of structures on the island collapsed,” Cresswell said. “We lost electricity as soon as the earthquake happened and it was late in the evening so we were all left in the dark. Having access to the internet through cellular data allowed me to quickly check for tsunami warnings and plan accordingly. This helped reduce panic since we knew the worst of it was most likely over.”

However, Inka does not believe this experience should deter young explorers from venturing to the region.

“I don’t think you should ever let fear put you off traveling anywhere, but I do think explorers should know the potential risks, and have an idea of what to do in emergency situations,” Cresswell said. “Since my experience with the earthquake in the Gilis, the island has recovered with a stronger community than ever, and most structures have since been rebuilt, and diving operations are functioning as normal. I have never been prouder to be a part of such a strong community, and am so grateful that during the earthquake they were the people I had by my side.”

As part of a new generation of ocean conservationists working to tackle rising ocean temperatures, ocean pollution, overfishing, species loss, Cresswell believes there needs to be a better global flow of information not just within the scientific community, but between scientists and the general public. Particularly because many oceanic species facing extinction are highly migratory and are impacted by global fishing practices and pollutants.

“A plastic bag that enters the water in the UK could impact marine life on the other side of the world due to the way currents move, so we need to start approaching conservation in a way that takes into account how connected our oceans are,” Cresswell said.

In comparison with previous generations of ocean explorers and conservationists, Cresswell made the distinction that her generation is faced with mediating the effects of human impact.

“This generation of biologists and explorers are faced with a very different reality. I did not know that by the time I graduated from university I would be fighting to save the last of a species and documenting the end of an era. Our generation is faced with huge challenges because we are at the tipping point in ocean conservation where our actions today could impact what ocean we have 25 years down the line or even a 1000 years down. The goal for our generation will not only be to sustain life in our oceans, but to try and help it recover, to find a way for us and nature to co-exist. If we achieve this feat, that will be the mark we leave behind for future generations.”